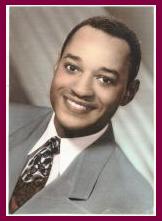 As a child, a trip to the doctor's office was sometimes a dreaded event. However, the fears of a child were often soothed by the kind gentle demeanor of Dr. Harry P. McDonald, the only black physician in my hometown of Ft. Smith Arkansas.

Though not the first, Dr. McDonald was the city's only black doctor for many decades.  He served the African American residents from the 1950s, until 1990, when he retired. My memory of him, was that of a kind gentle man, whose office on North 29th street was well known by everyone in the Black community. 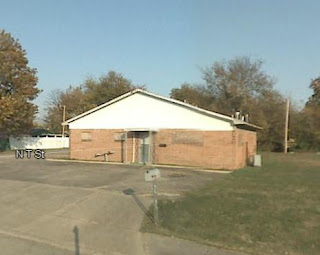 Dr. McDonald was involved not only in maintaining the health of the Black community, he was also known as a community leader. From the NAACP where he served as the President for many years, to the many activities that he supported such as the Progressive Men's Club, Dr. McDonald was there and he was an inspiration to many in the community.

He was a man who fought for justice as much as he worked for the health of the community. He also fought blatant racist acts himself, such as the white citizens preventing his moving to a "white" part of the city. He also continued to fight when he attempted to join the city's school board, and the townspeople called an emergency meeting of friends from all over the city to quickly rush to the meeting just to vote against him. In spite of these indignities directed towards him, Dr. McDonald continued to fight for the rights and dignities of all people. He worked with leaders from Daisy Bates to then Governor Clinton. His work for justice was just as important as his work for quality health care of his patients.

From treating minor health issues like a case of hives, to treating patients needing emergency surgery, he was there. He faced patients with many needs from hypertension to diabetes, to cancer. Dr. McDonald was the face of reassurance that good treatment would always be given to the Black community.  He was also one of the few doctors of his time that many of us will recall as one who made house calls.  Black residents of Ft. Smith always knew that they would be treated with kindness and dignity. 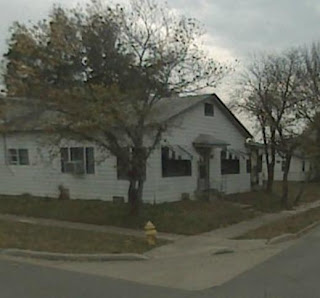 Many of us never knew Dr. McDonald the man. Those memories and loving thoughts are the treasures left behind for his family who knew him lovingly as a father and husband.

However, the city knew him by his actions and we embrace and celebrate the legacy that he left. He will be missed and we are grateful not only for his services as a physician, but also for his leadership during those harsh years of segregation. We appreciate the leadership that he showed during the years of struggle for equality, and we shall remember his for being simply a friend to the community.

Many natives of Ft. Smith, now live in many states across the country, but as we reflect upon our childhood in that small city, Dr. Harry P. McDonald played a role in the lives of most of our families.

Rest in Peace Dr. McDonald. A grateful community will never forget you.

Posted by Angela Y. Walton-Raji at 9:31 AM 7 comments: Links to this post 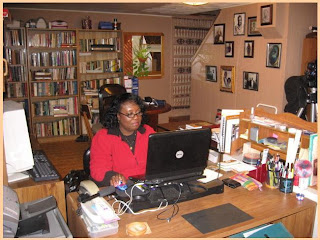 At my computer waiting for images to load.
Well what a day!!
Today was the long awaited day----the 1940 census was here! I got up early as I was also expecting someone from USA Today to come and document my census experience. How exciting!
Well the photographer arrived on time, and set up all of the fancy equipment and got the lighting adjusted as well. 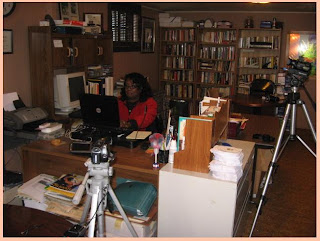 And once the countdown came and 9 am finally came, and I immediately got onto the page for the 1940 census.

Heading for the Archives site holding census images
I was quite anxious to see my dear mother in the 1940 census. Also I was anxious to see my dad. They were both in Arkansas, but had not yet met, so she would be in Pulaski County Arkansas, and he would be in Sebastian County Arkansas.
The site was easy to navigate and plug in the data that I needed. 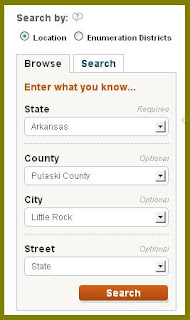 And things began to happen. 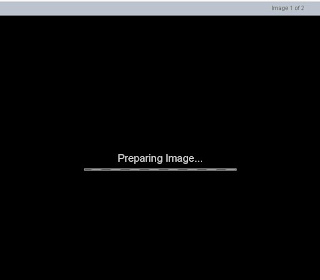 So I waited....and then something else happened. 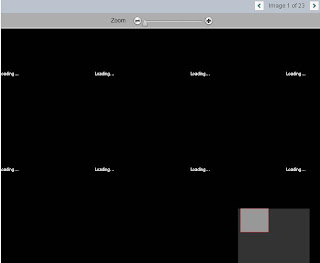 A bit of animation did appear indicating that things were churning.....

Animated icon twirled on the screen as image loaded
Well, while waiting, I was interviewed and got to share my experiences on what the records would reveal, and what I hoped to find on those records. I also spoke to the reporter for the follow up. She was surprised that the system had crashed.
The wait continued.................
In the meantime I did look at the images that Ancestry.com was unfolding at the same time, bit by bit for indexing. Their images came in clearly, while the complete collection of the 1940 census was still loading. 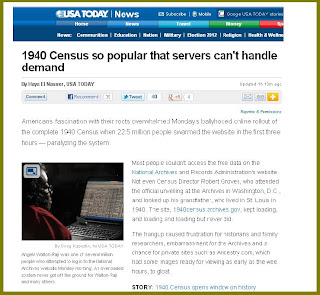 Image Courtsey of USA Today.
Reporter: Haya El Nasser, USA Today
Photographer, Doug Kapustin
(To read entire article click on image)
So, my day with the 1940 census brought some disappointments. The demand on the servers was enormous with over 20 million people on the site immediately. Subsequently, the servers could not handle the demand.
I tried several hours later, and I do appear to be making some progress, as now I am getting thumbnail images
of the pages.

Thumbnail images are now showing, so perhaps we are a little bit closer
So, my big census day ends quietly with no images of the long awaited pages, but with some promise that tomorrow will be a brighter day.
Posted by Angela Y. Walton-Raji at 8:14 PM 5 comments: Links to this post