Adventures in DNA - A Journey of Revelations and Caution 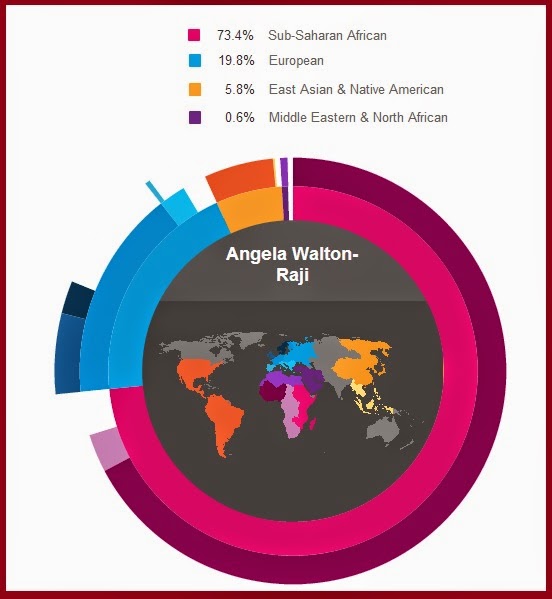 My Ethnic "Percentages" broken down from 23andMe


A recent article  by  Nicka Smith about DNA and a conversation with her about our experiences has prompted me to write an article about my own experiences with DNA testing as well.

Several years ago, I took the first of several DNA tests. I tested with the National Genographic Project and was delighted to learn about that my maternal line reflects HaploGroup L3. Over time that has morphed into L3e2b. 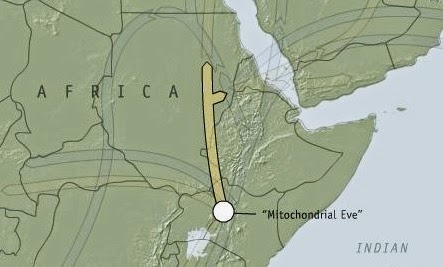 
I then upgraded and took the FamilyTreeDNA test and was thrilled to find DNA "matches" both high and low resolution. (HVR1 and HVR2) Being naturally curious about ties to Africa, I decided to take the African Ancestry DNA test which would follow one single line and provide a glimpse into the origin of my maternal line, thus taking the mtDNA test. I was excited to learn about a line that possibly extends to the Yoruba/Fulani people of Nigeria and Niger. And yes, I also took the favorite test that would provide some percentages of one's ethnic makeup, so 23andMe was taken and over the past 2-3 years I have found a large number of "matches".

But when I am asked if DNA has helped me genealogically I answer the following questions:

With all of those tests taken, has the new information opened doors in a genealogical sense? No.

Have I had new breakthroughs in my genealogy because of DNA? No.

Have I been able to solve any puzzles by finding a common ancestor with a stranger? No.

Have a I found a common ancestor with any of the DNA matches? No.

Now, I belong to a number of communities some of which include DNA discussions, and I am always happy for those persons who have met an unknown 2nd or 3rd cousin and they have been able to determine who the common ancestor was. I am excited when I see that they find so many matches on multiple segments.

However, my matches are not close cousins, and a majority of my matches are described as "4th to distant" cousins. I have not found any "new cousins" that I can prove with any documentation and I feel that there are several critical reasons for this.

1) Many if not most of the "DNA Matches" fall outside of an easily solvable research range. A person who is 4th or 5th cousin or even higher means that we have a common ancestor--but pretty far back.  I have documented several of my lines fairly well, and of course am always looking for more data. But also note that researching ancestors who were enslaved, does bring challenges---many of the names are not always known and not easily found.

And all of this has been done with pure research. DNA testing has not taken me back any further.

2) Many of the common ancestors I share with my DNA matches are also unknown to my DNA matches. Many of the individuals with whom I share a very slight overlap in DNA have not done much family history research. I know this because I have communicated with those who are interested. In addition, the most that has emerged has been speculative, and not definitive.

3) Many of the common ancestors that I share with my matches are possibly unknown white ancestors, never to be revealed.
It is understood that during the slavery era that existed for more than 240 years, there were many children fathered by Caucasian men. Some were slave holders, some were overseers, some were other laborers who had access. So this is no surprise to learn that I have almost 20% European ancestry. (see chart at the top of this post)

And with some my African American matches, there is a possibility that our common ancestor may also be white as well.  In my own case, I have close to 20% DNA that is European. There is a strong possibility that many of the matches on my list of 900+ could be through an unknown and unidentified white forbear. So when that person is unknown to two black people who descend from the same white person unknown to both, and never named, the discovery  of a common and unknown white ancestor is slim.

4)  Construction of one's pedigree is an ongoing process, so asking a stranger to hand it over because you are suddenly "cousins" is not going to take place.

Now, I do believe in having a dialogue and with sharing information. I have had several good interactions, emails, and conversations with persons with whom I have learned that we match. We have chatted and asked questions of each other, and once we realized that our own lines have little documented overlap with the data that is known, we have politely wished each other well and moved on.

But, there has been one DNA match who simply thinks that by handing over my carefully researched data that they will be able to "figure it out". But must all be wise---a new name on a chart is still a stranger. Having a new DNA match does not mean that you are going to be unlocking genealogy doors!

A year or two ago, when I did not eagerly hand over my pedigree chart to a stranger, one of my DNA matches went out of their way to even dig up some of my online writings in order to construct my pedigree for their own use, just to "figure it out", since I did not readily hand it over. (I refrained from pointing out some of the errors that were made in their construction, and I have maintained a polite distance from this person, preferring to stick to research. Part of my hesitancy was based on the fact that there was no seeming connection to their published profile of their ancestral history.) And, the assumption that having a match means that we are now "fast family"---well, it is simply not wise in my opinion and could, in fact be a dangerous practice. How ironic it was to learn that others in my genealogy circle have had the same experience with the same DNA match.

But giving it all much though, here are a few guidelines for behavior that I propose:

1) Understand that people take DNA tests for different reasons. Some don't want to find a new cousin.
2) Refrain from asking for detailed research data from  new "distant cousin" matches, at least until some kind of rapport has been established. A new contact is still a stranger.
3) If someone clearly wishes to share limited data accept their caution and do not pry.
4) Do not try to construct a DNA cousin match's family history without him/her giving you permission. Avoid being a DNA "stalker".

If there is a DNA match that appears to be close: (1st to 3rd cousins) I suggest the following:

1) By all means reach out and see if that person wishes to share genomes and data and more.
2) If there is a connection that one is seeking and the other party wishes to help, then proceed.
3) If there is a case of adoption where an adoptee is finding matches and reaching out, proceed with caution in case the birth parent has concerns or does not wish to be contacted. All parties should be respected.

This is a new world for many of us. I have enjoyed examining the data that I have received, however, nothing has been able to top old fashioned research, and documentation for me.  DNA is an interesting tool, but it has yet to take me back one generation further, or to connect me to an individual who has been able to take me to a new person on any line.

We should all tread with caution with DNA. I have enjoyed the journey and have enjoyed the data on my deep ancestral history that has emerged. But DNA does not provide shortcuts to the genealogical process. Have fun with DNA, but also continue full speed ahead with our research. 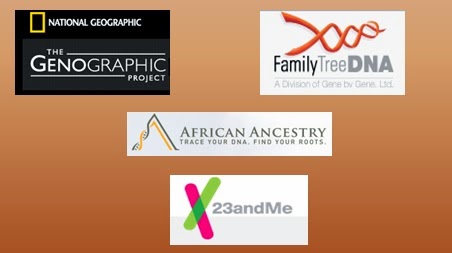