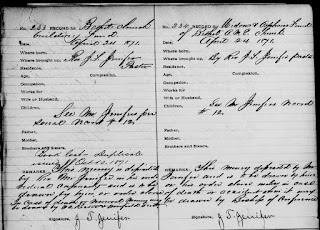 
In the years after the Civil War, a major adjustment was made in the lives of those once enslaved. The need for work, for pay, and how to handle one's wages for the first time was not without its challenges. It is well known that the roll of the Freedman's Saving's Bank was put in place to assist the formerly enslaved with the practice of saving money as well.

There are many genealogists who access these records and who have appreciated information gleaned from the depositors in the Freedman's Savings Bank. In many cases family data was also collected and the information from the list of depositors has opened many doors for researchers. Among the depositors however, were not only individuals, but also institutions. Many African American churches in the post Civil War Black communities had placed their funds also into the Freedman's Savings Bank. In addition to the churches, various committees within the churches also held single accounts.

While recently looking at the depositors in the Little Rock Arkansas branch of the Freedmen's Bureau, I noticed several Little Rock churches that had accounts. Some of those churches held accounts for different ministries within the church. An unnamed Baptist Church held an account as did Bethel AME, the Missionary Baptist Church, and also Wesley Chapel, which was and still is an active Methodist Church in Little Rock.

Bethel AME Church of Little Rock Arkansas held several accounts with the Freedman's Savings. By examining these records, one can learn a lot about the structure of the church as well. In 1871, several accounts were opened by various committees at Bethel. There was the Widow's and Orphans Fund,  The Ladies Church Aid Society, The Arkansas Conference of the A.M.E. Church Preachers Fund, The A.M.E. Church Concess., J.T. Jennifer for Wilberforce University, Steward's Fund of Bethel A.M.E., 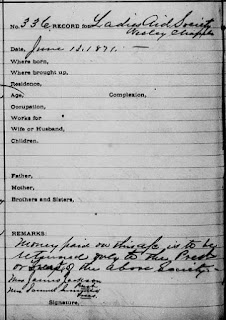 One interesting group of depositors affiliated with a Baptist church, was found with the account for the Sisters of Faith, Hope, and Charity, of the Missionary Baptist Church. 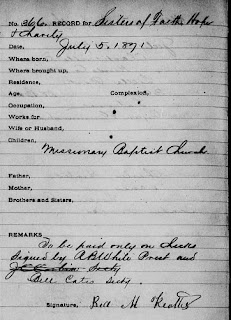 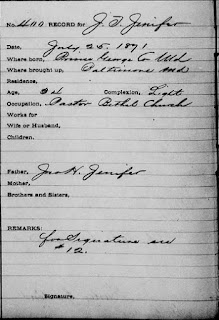 The trustees of Bethel A.M.E. held a separate account as well. 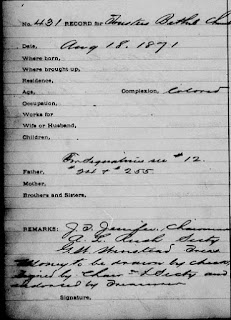 Researchers of Pulaski Arkansas Black History are urged to examine the records of the Little Rock Branch of the Freedman's Saving's Bank. The data is rich and a few pages of missing history might be found with these images. And the larger lesson is for researchers from other states, to examine ALL of the names of the depositors--not just the name of an ancestor. It is easy to abandon the greater story of the community, once we fail to find an ancestor's name. Embrace the larger story, for it too is part of our own story to tell.


Posted by Angela Y. Walton-Raji at 3:07 PM 2 comments: Links to this post