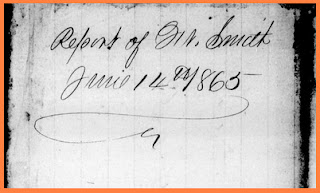 Records of the Field Offices of the State of Arkansas, Bureau Refugees, Freedmen & Abandoned Lands.
Source of Image: Internet Archive


Those interested in history of Ft. Smith Arkansas, especially of the African American population might be intrigued by a record that could be considered the first freedom document reflecting the Black citizens of the community.

It was exciting to see these records of my hometown while working on another project and scanning the names of these newly freed slaves it became obvious that this document should be shared with the community that it represents.

Ft. Smith had it's own Freedman's Bureau Field Office, and the Old Commissary Bldg is believed to be the site where the Bureau operated.  This would be the very same office where former slaves as well as those left destitute by the war, would turn seeking provisions in terms of food, rations and work. 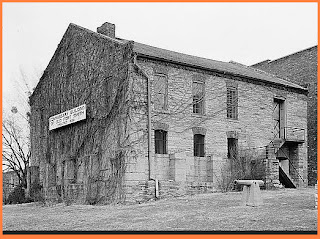 Among the thousands of records that reflect former slaves many are hard to find among the Freedman's Bureau records, because although they are microfilmed, most pages are not indexed and they often appear in no discernible order. However if one takes the time to explore the microfilm roll by roll, then some true gems emerge.

With this particular record it is one rich with names, of former slaves who lived in or near Ft. Smith Arkansas in 1865.  The document was created in June of that year, so this is possibly the earliest record to date reflecting the former slaves of western Arkansas. Most likely it was a report that was sent to Little Rock from the Ft. Smith Field office by superintendent, Francis Springer who also served as champlain.

Seeing the names of the former slaves who lived in Ft. Smith, who were freed, and what their status was immediately after the war is exciting and endearing. This is significant for so many reasons. A mere five years before, the enslaved appeared in the Federal Census on the Slave Schedules with only their age, and gender, and with no names. 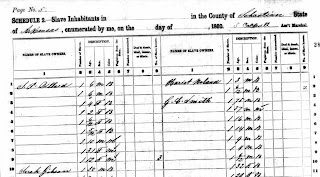 
And here, only five years later, immediately after Freedom, at last their full names appear. At last they were recorded in the community where they lived, toiled, were born and died, as full citizens. 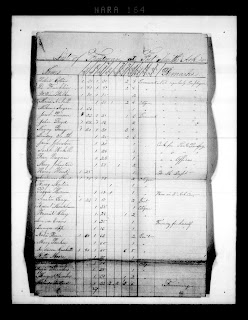 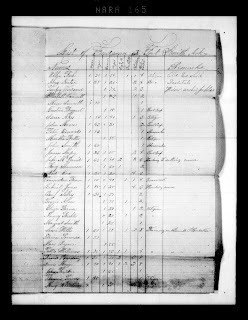 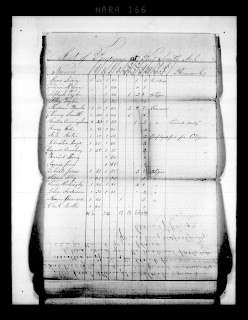 Source of images:
Records of the field offices for the state of Arkansas, Bureau of Refugees, Freedmen, and Abandoned Lands, 1865-1872  Open Library

It is especially exciting to find and to share these pages, in light of the milestone 150th year in which we celebrate the Emancipation Proclamation. I should also point out that Arkansas was indeed one of the places in which slaves were affected by the Proclamation. The fact that at long last these families were now being reflected as citizens makes this a true document worth treasuring and worth sharing.

Those who study the history of Ft. Smith, western Arkansas and the entire region, will find this unique record to be critical for them as they study the community's history and its unique past.

Posted by Angela Y. Walton-Raji at 4:32 PM 7 comments: Links to this post